The two systems mounted onto the track vehicles type BV206 Hägglunds consist of a 2×12 litre dual-intruder with a water capacity of 1000 litres and are additionally equipped with two hose reels with a 55m hose line and the IFEX 1-L impulse fire extinguisher gun designed for initial attacks. Thanks to the foam liquid mixer integrated into the systems, liquid fires can also be fought.

On the event of the transfer by the owner of the IFEX corporate group Mr Martijn Steur to the civil defence agency, in addition to the required instruction of the emergency personnel, a presentation of the systems with an appropriate fire-extinguishing demonstration was conducted in the presence of his majesty King Abdullah II bin al Hussein of Jordan, who showed great interest in this type of fire extinguishing equipment.

Initial explanation of the supplied systems 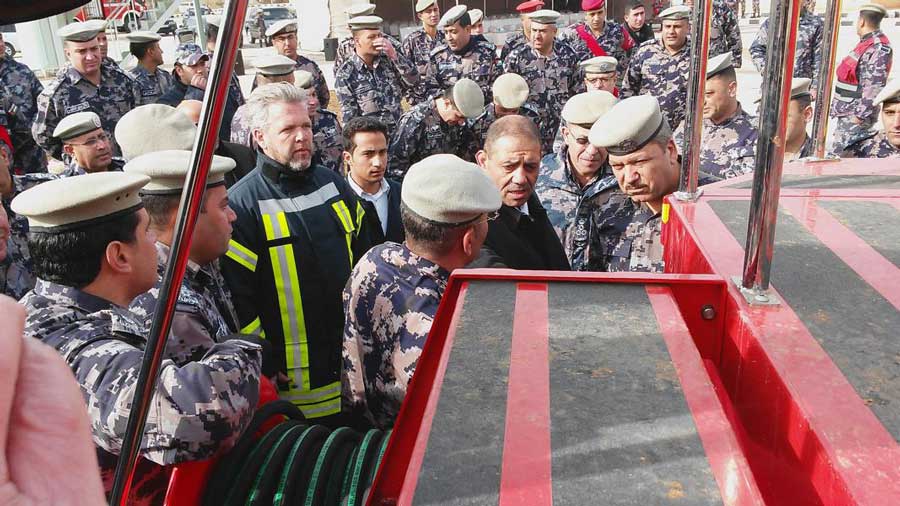 The explanations of Mr Steur’s (on the left in fire fighter gear) are directly translated to the king (far right). 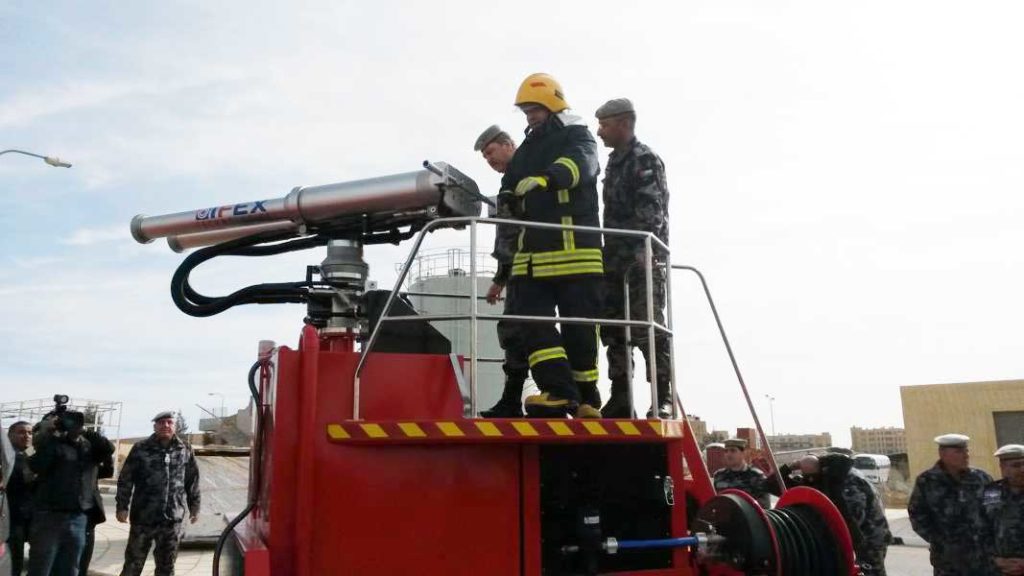 If you have any questions regarding our dealer licences, contact the IFEX® Sales Team:

Before using IFEX® products, your employees are trained by our specialist staff to be able to react properly and quickly in the event of fire.