Catastrophic tunnel fires during recent years have shown that road tunnels and railway tunnels must still be intensely worked on for effective fire protection. With its tunnel firefighting systems, IFEX® has now developed an effective concept which will make an essential contribution to tunnel safety.

The determining IFEX® product advantage – efficient use of water – has been implemented here in a combination of innovative firefighting systems: sensor-controlled on rails suspended on the tunnel ceiling, permanently installed in the tunnel walls or mounted on fast initial attack vehicles.

These systems need to carry only a small quantity of water to the source of the fire to achieve maximum effect there with some targeted Impulse shots: they can either already extinguish the fire in the emerging phase, or at least cool down the temperature in the tunnel so much through the enormous cooling surface of the impulse shot that people can escape and emergency responders are able to penetrate to the source of the fire. 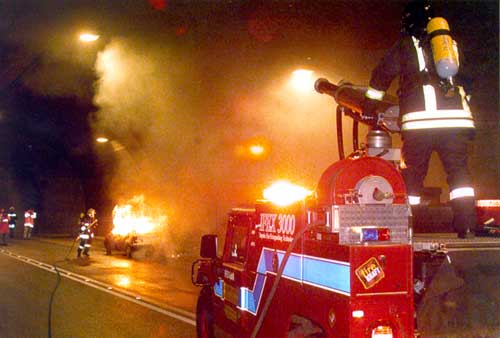 
Warning: Use of undefined constant english - assumed 'english' (this will throw an Error in a future version of PHP) in /var/www/web169/html/ifex/wp-content/themes/canvas-child/template-main-englisch.php on line 47